On Sunday, August 10th we travelled from Tadoussac to Rimouski, leaving the Saguenay River behind. Again we timed our departure from our anchorage a few miles upriver to coincide with an ebb tide from the Saguenay and favourable currents all the way to Rimouski. 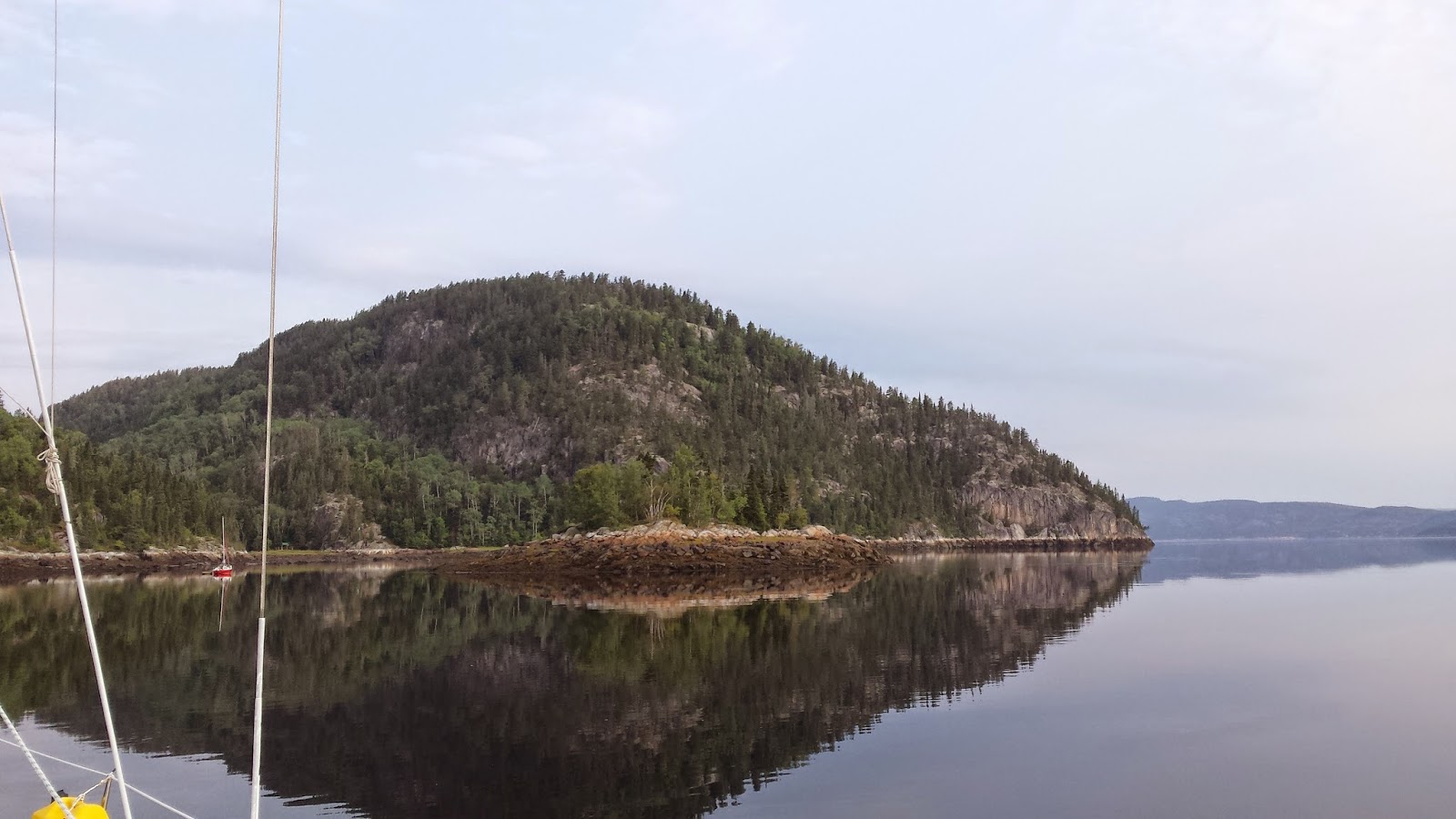 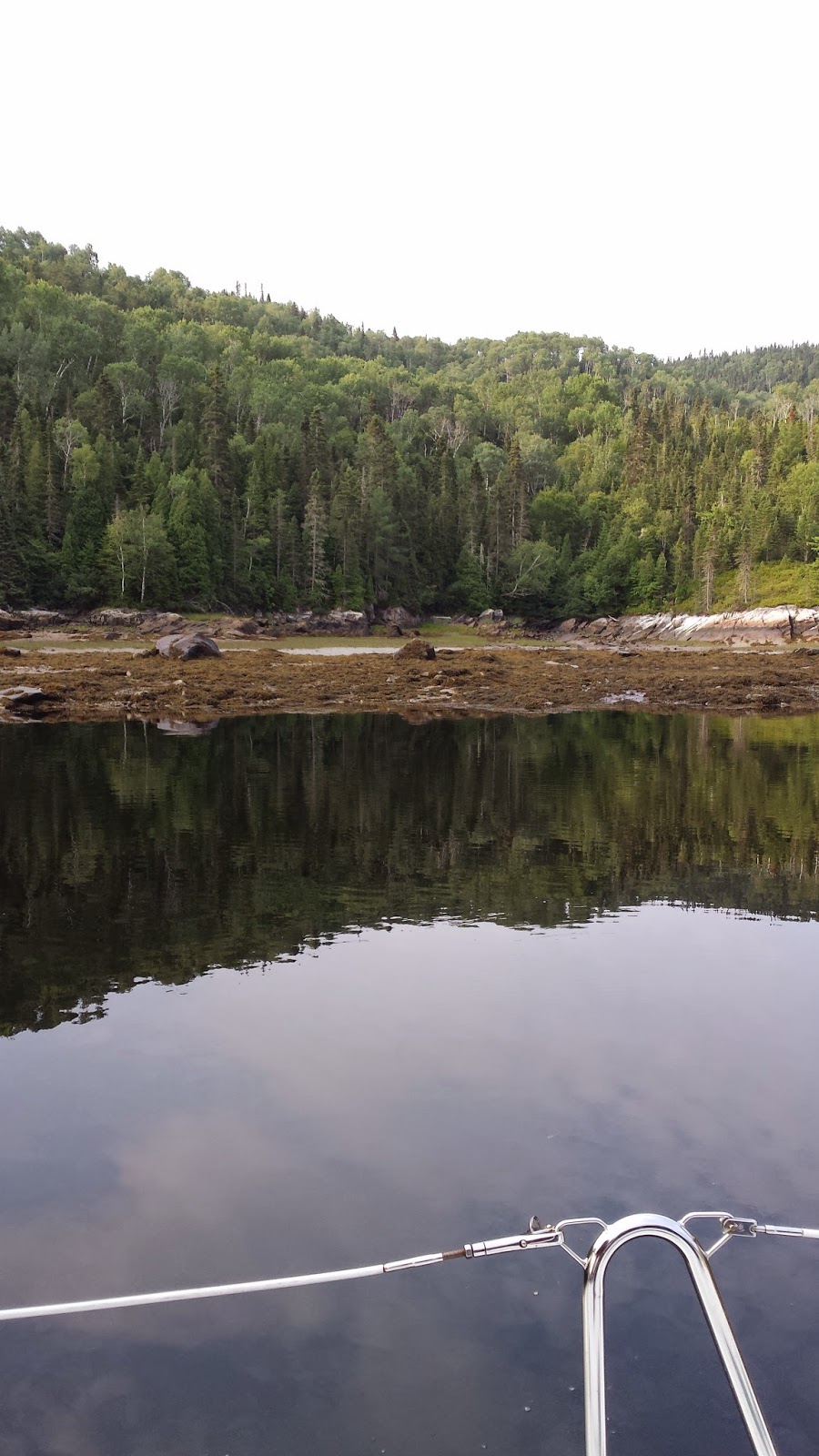 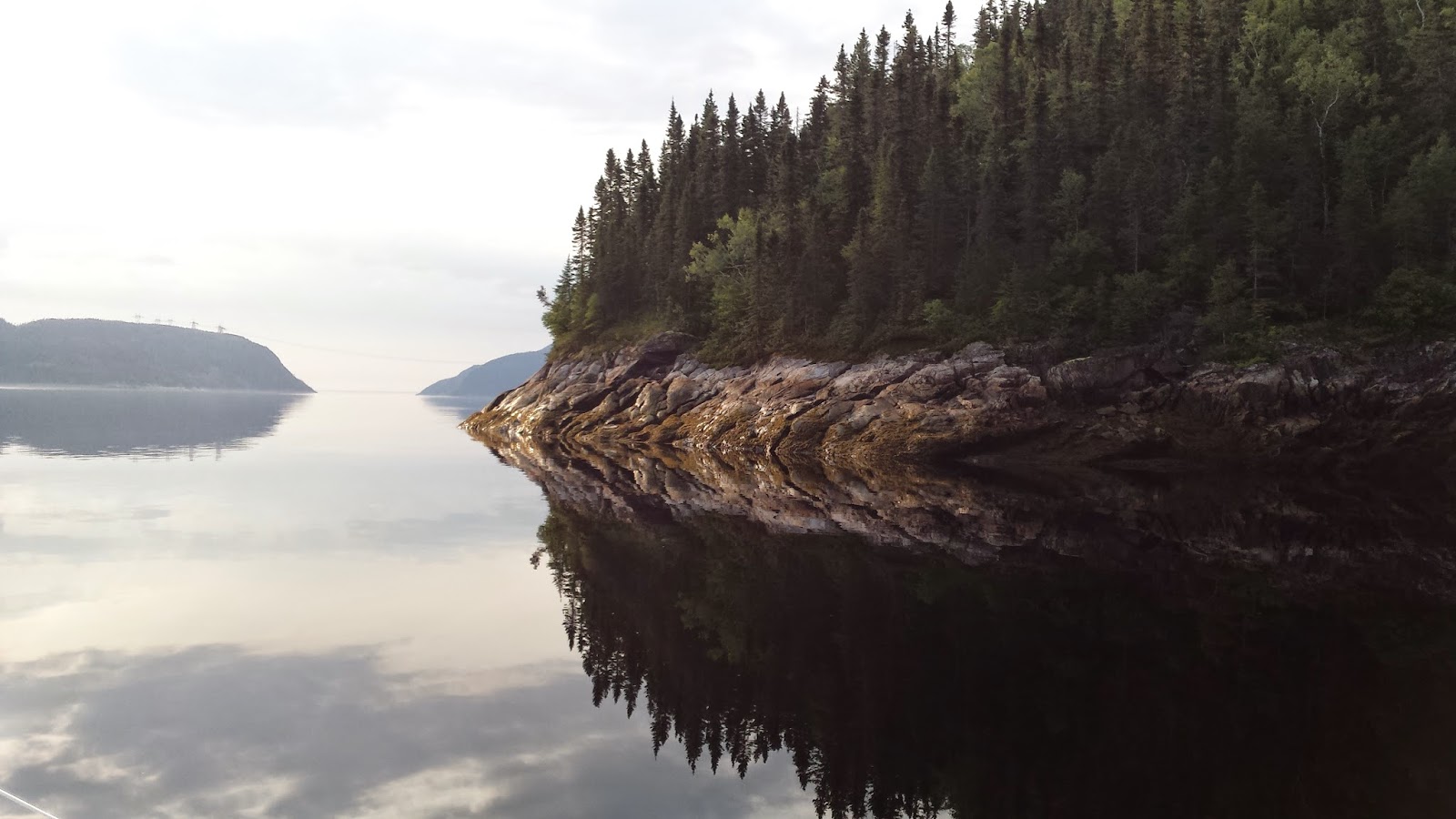 Although the morning was clear when we pulled anchor, by the time we reached the St. Lawrence, a fog was descending. This passing tanker looked a bit eerie in the fog. 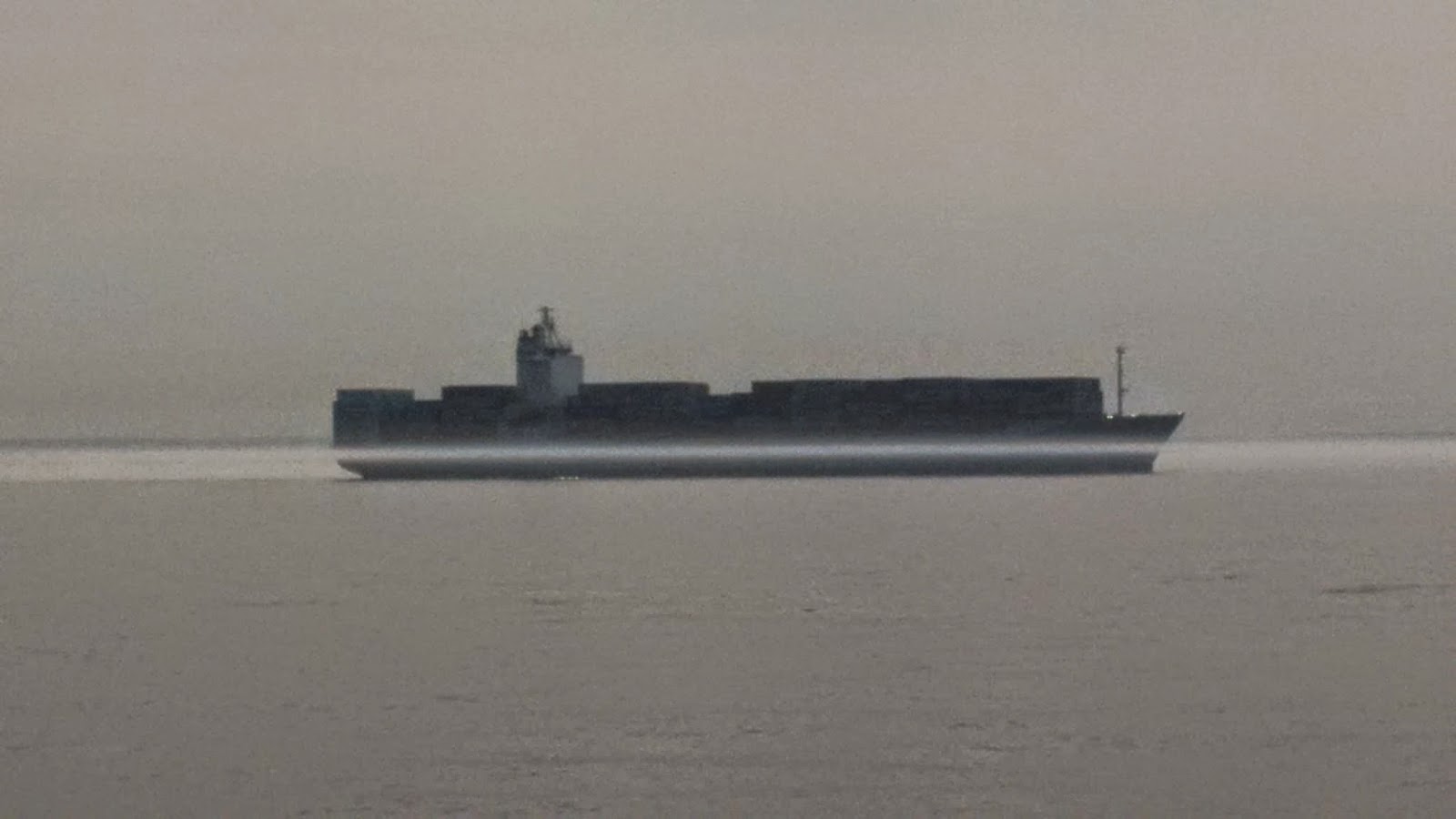 The St. Lawrence River was like a mirror it was so calm, so no sailing again. However, the glass-like surface of the water made spotting sea life very easy, our reward for having to motor.  We were delighted to see three whales, many belugas, and loads of seals and porpoises during the 61 NM crossing. At one point the fog was so think, visibility was extremely limited. The surface of the water and the air seemed to fade into one white-grey mass, leaving you with the no perception of distance. We were thankful for radar once again. As we motored into the fog in over 500 feet of water, it felt like we were all alone in the world. Then, out of the fog I spotted a whale, a humpback I think from perusing the identification guide. It swam slowly past us, headed up the river, displaying its glorious flukes. For a moment we watched it pass us by, amazed by its size, and then we were alone again in the fog. 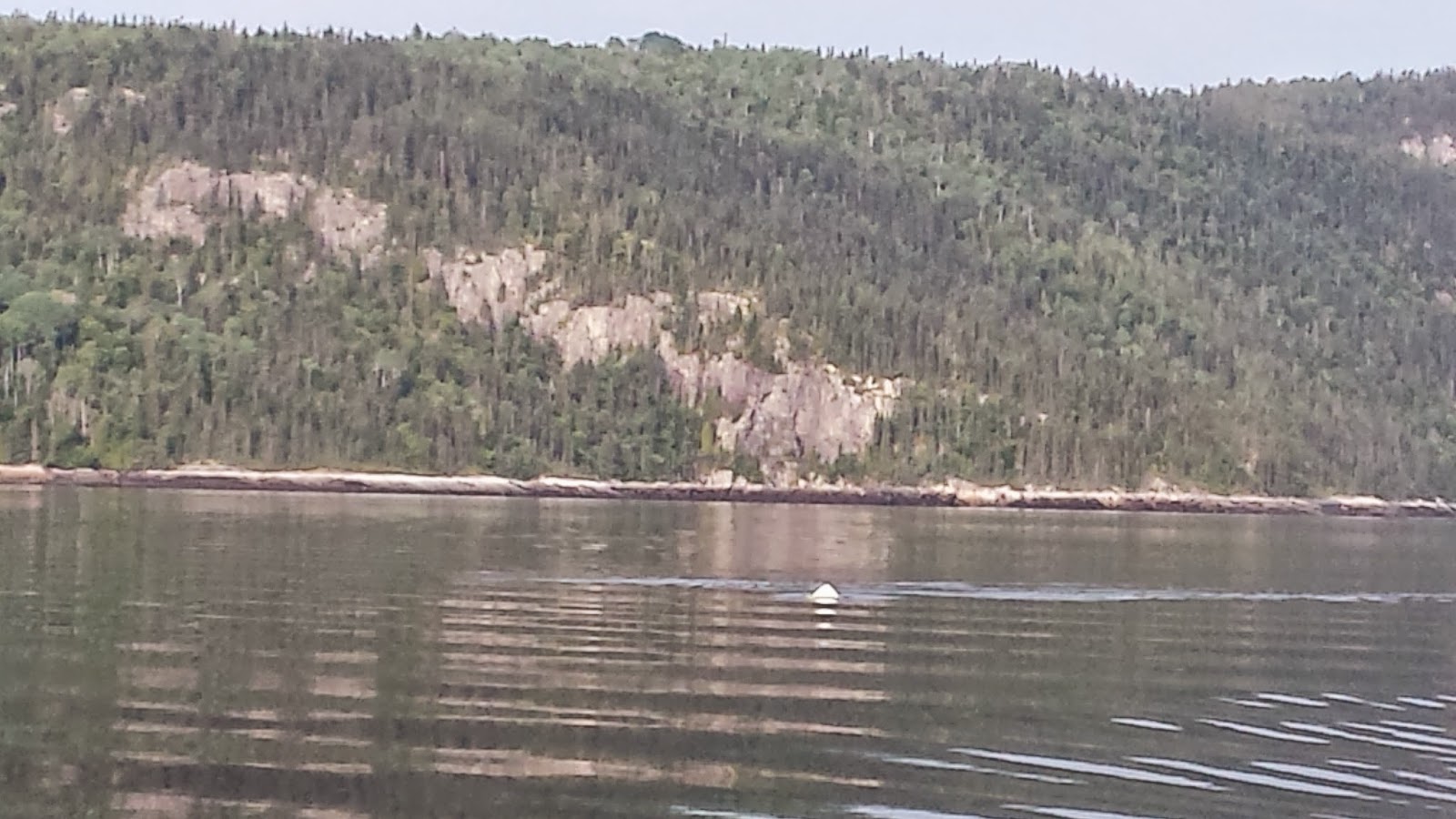 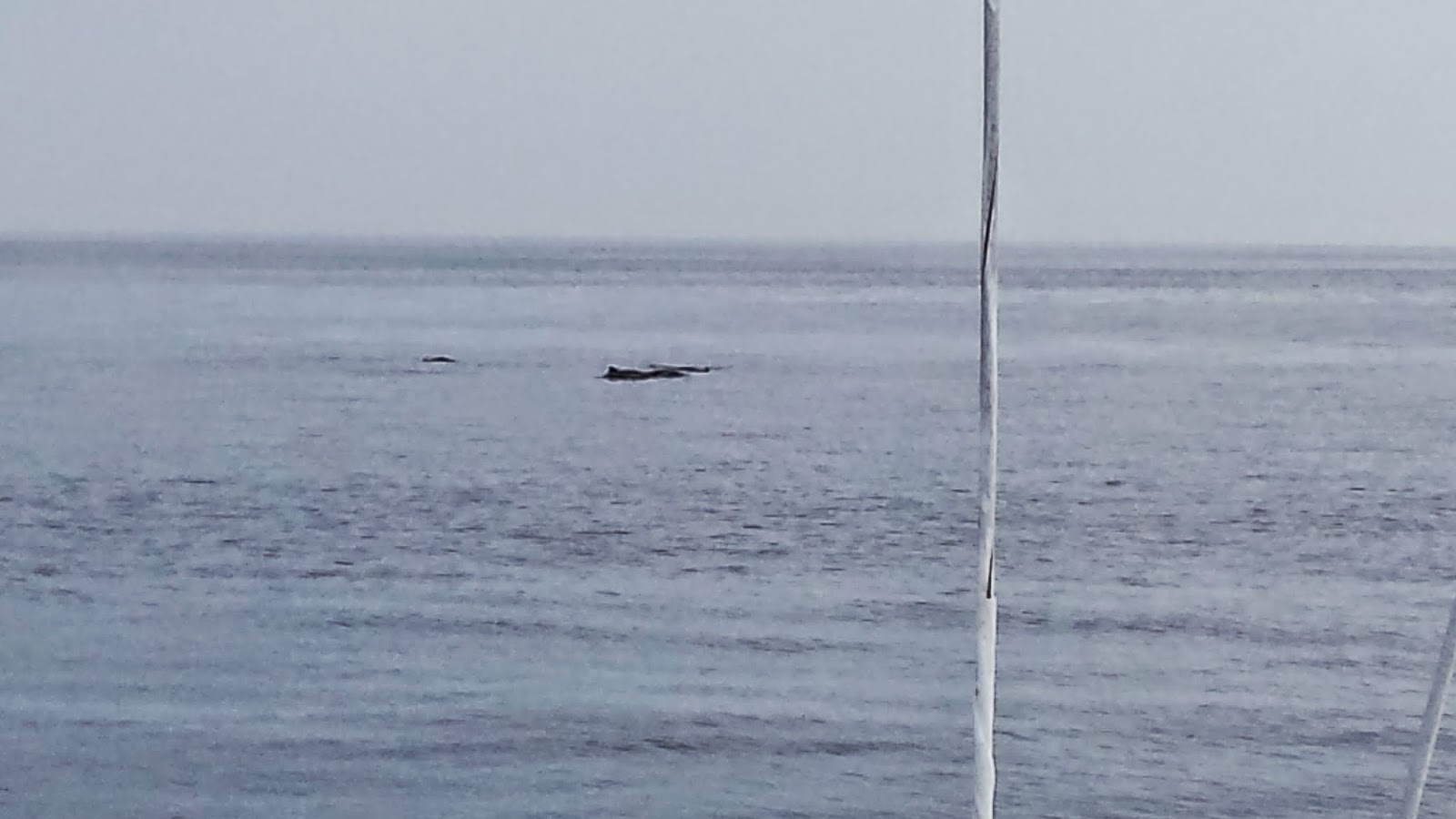 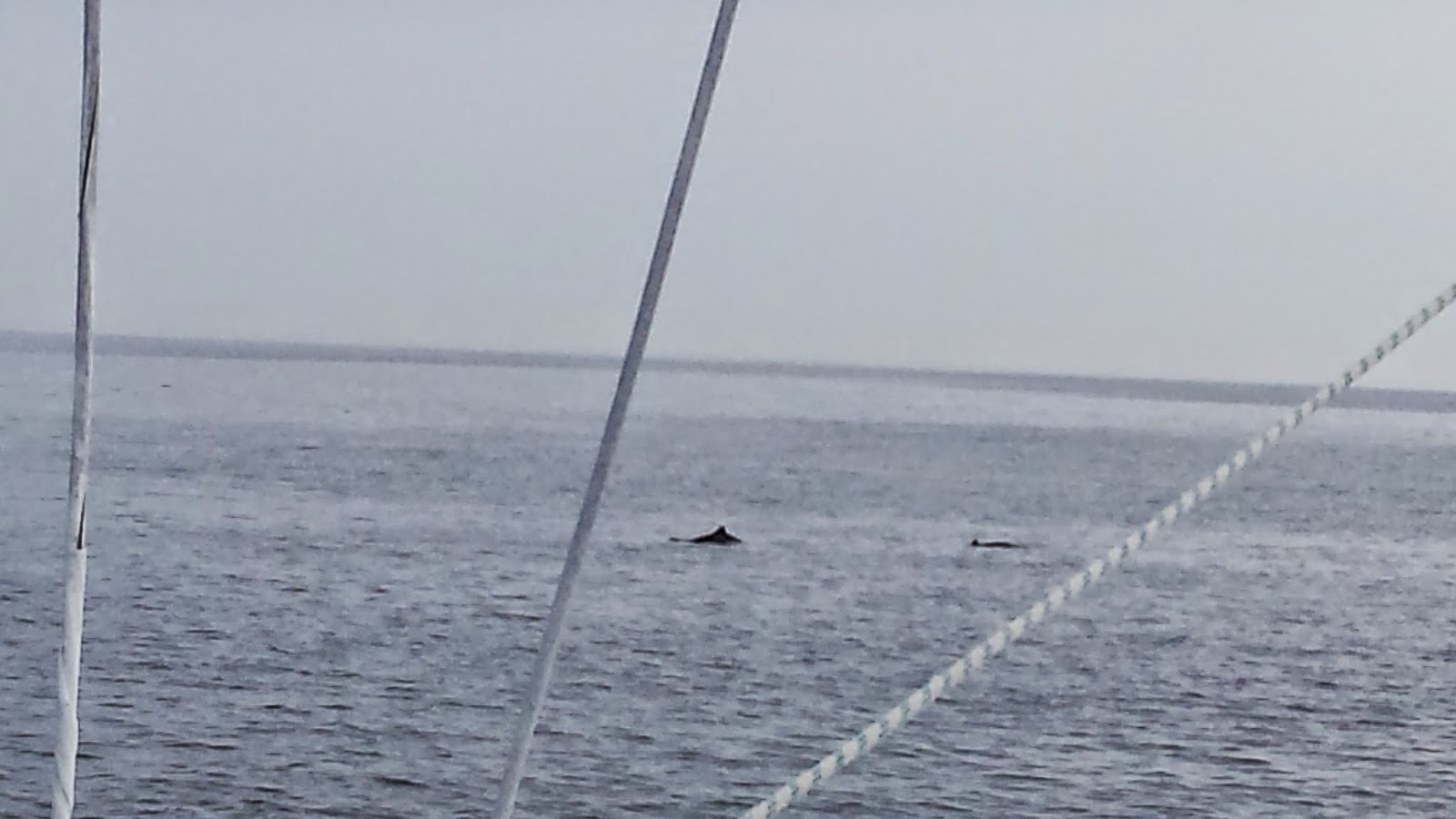 However, the most exciting encounter we had was when a beluga began to surface about 15 feet off our stern starboard quarter. I was at the wheel and immediately powered down. He was so close, I am not sure who was more surprised, me or the beluga. He dove and came up again about 10-15 feet off our port side. I was so excited that I could barely get the words out of my mouth to alert Jay. The beluga stayed just under the surface, the water so clear we could see its whole length. It breached a second time and then dove again. It repeated this several times until it was out of view. I was so overcome with excitement with such a close encounter; I forgot to reach for my camera.

The third spot in the St. Lawrence River where the current can be so strong that it pays to time your passage with the current is near Ile Rouge off the mouth of the Saguenay. We rode a strong 3-4 knot current through this area, passing six cargo ships anchored awaiting the turn of the tides. With the favourable current we were in Rimouski mid-afternoon, which gave us time for boat chores and provisioning. 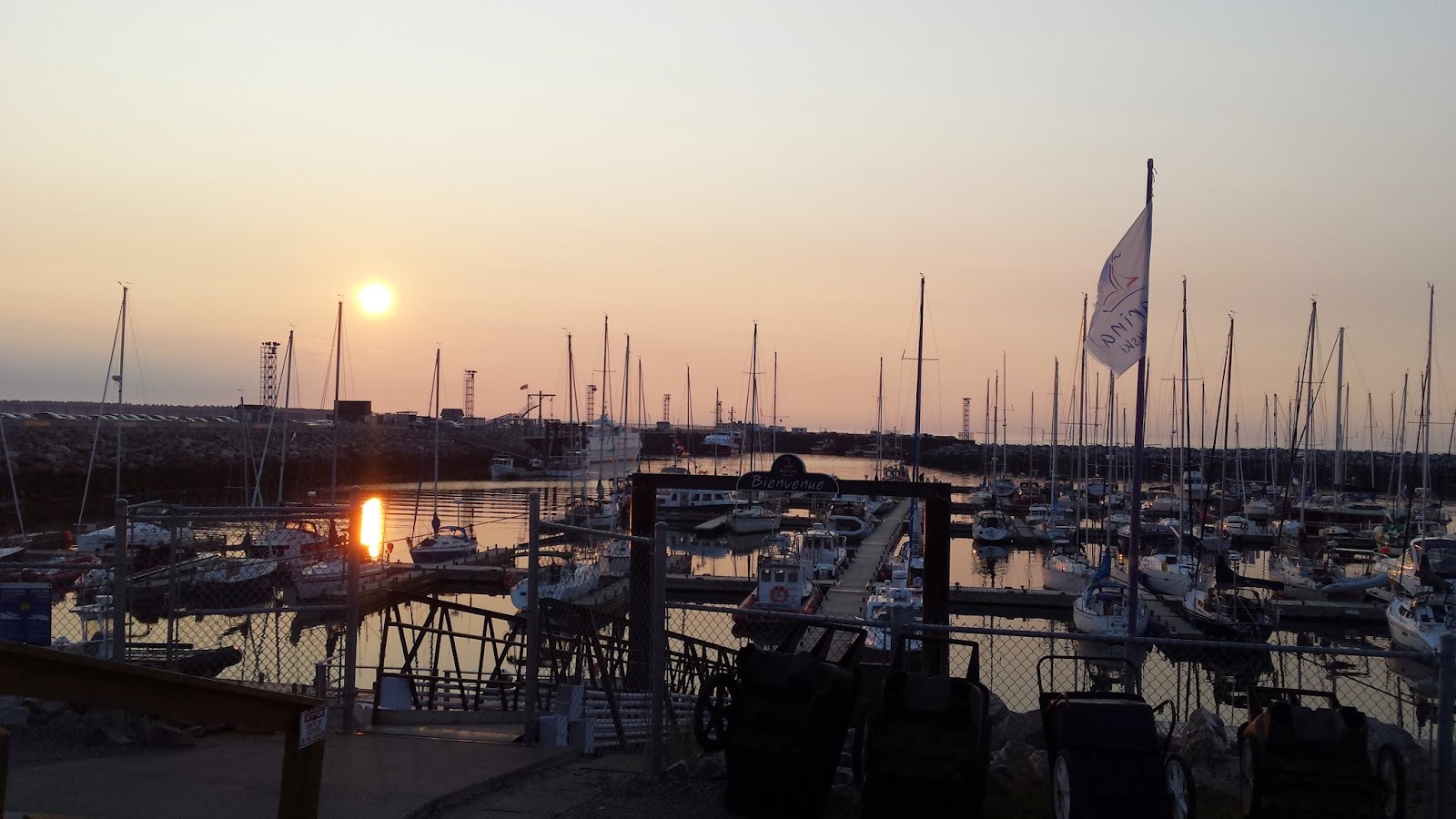