We arrived in Chandler today after a 50 NM trip from Gaspé. The Bay of Gaspé is very long. Although the wind was light, large rolling waves (6-9 feet) were still coming into the Bay. However,  they were evenly spaced, so although we needed to brace ourselves, the boat handled them easily and we were able to maintain over 6 knots. It was 25 miles to the famous Percé Rock. By then the waves had become shorter, but steeper and closer together, making it more challenging to steer into them carefully so the boat wouldn't slam into them.  With only 5-10 knots of wind on our nose sailing was out of the question, so it made for a slog to Chandler.

We did see a whale, porpoises and several seals though I wasn't able to reach for a camera to snap any photos. Even my photos of Percé Rock are minimal as with the boat bouncing n the waves I found it difficult to steady the camera to take photos. 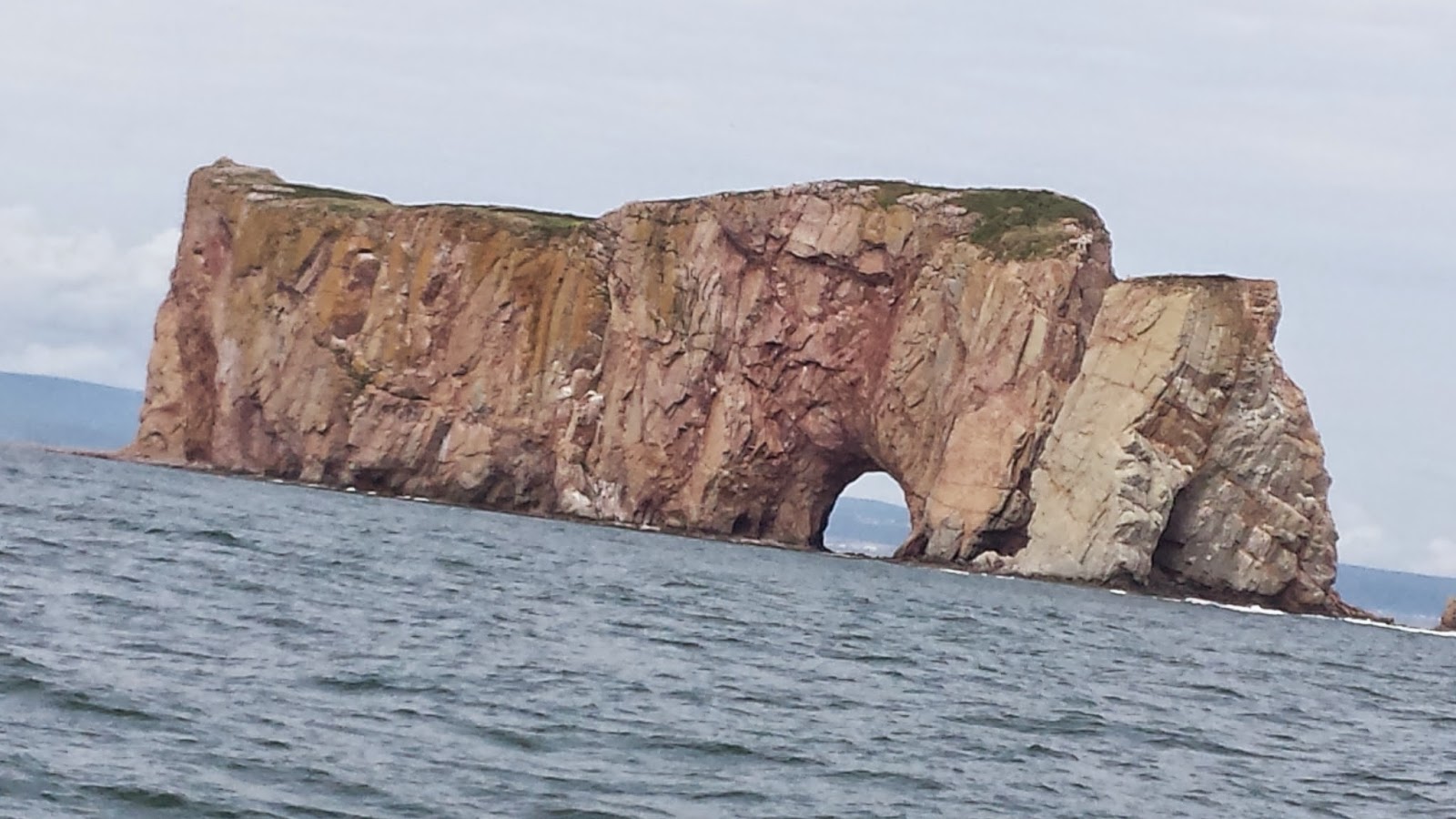 About 3pm we arrived in Chandler, Quebec. This is a very small marina which must be navigated very carefully at low tide. With only 4 foot 6 inches draft, My Obsession made it in by carefully keeping to the right-hand side between the two docks. We pulled along the fuel dock and were sitting in about 6 feet of water about 2 hours before low tide. We were told it drops to a low of 5 feet along the fuel dock.

Although there are no staff, all the members were extremely friendly and helpful. With the help of several members we got a pumpout and were told we could stay on the fuel dock for the night. Marina fees were very reasonable at $1 per foot. There is a nice restaurant on premises and very clean bathroom and shower facilities. The town is only a short walk away. Chandler is the second largest town in the Gaspé region after Gaspé itself.

There is a nice walking trail nearby and a very nice beach. Although we can hear the crashing of the waves, we are very well protected.