One last visit to the Navy Islands

Our oven part arrived on Wednesday and our friend Jane was kind enough to pick it up and bring it to the ferry dock. We took the dingy from our anchorage in Beau Rivage over to meet her and get the part. Thank you again Jane! It took Jay about 45 minutes to replace the part and reassemble everything and now the oven is working as good as new. 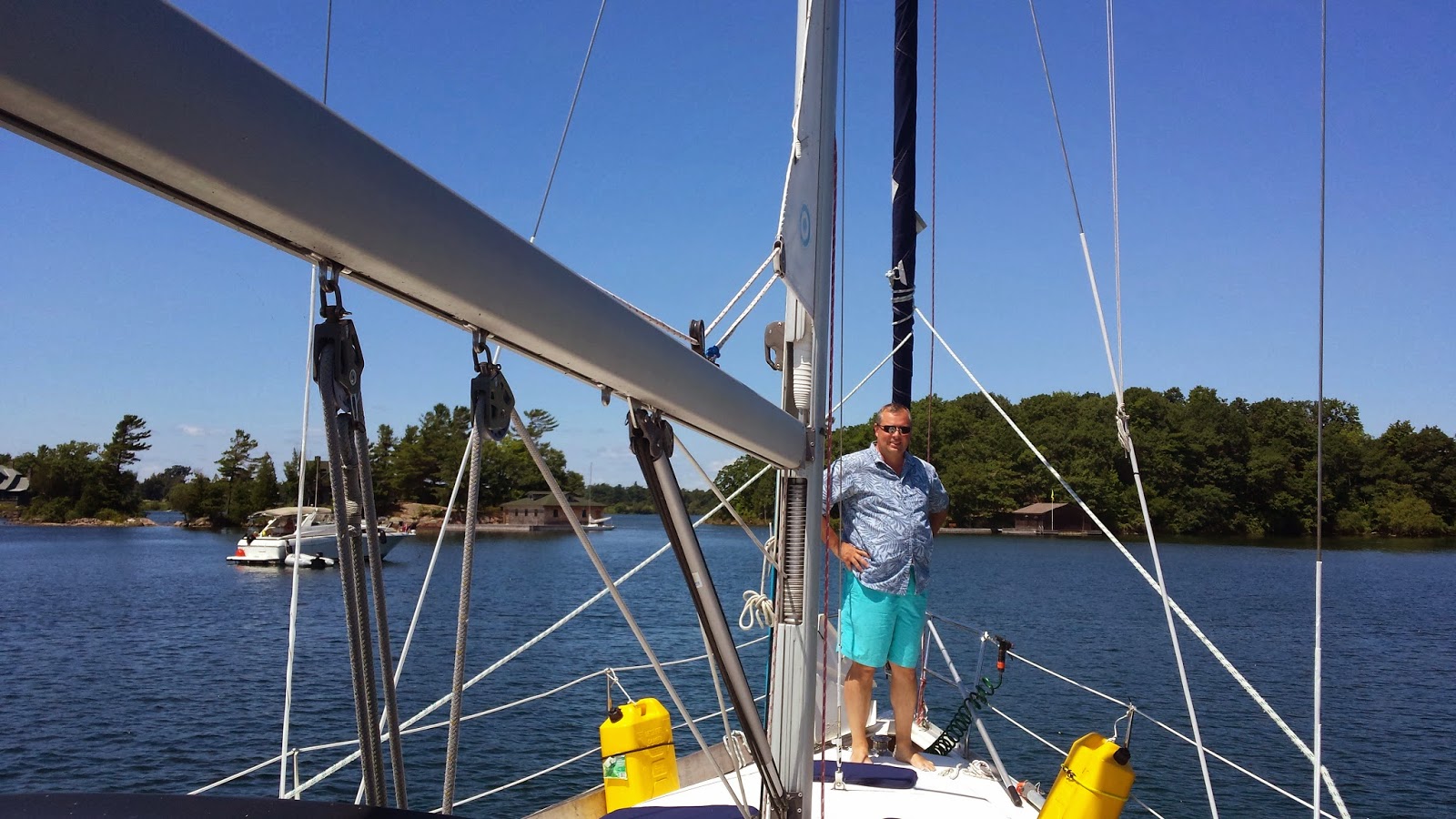 As we have often done, we anchored in front of the Thousand Islands Playhouse and took a dinghy to their dock and then walked to the nearby grocery store. 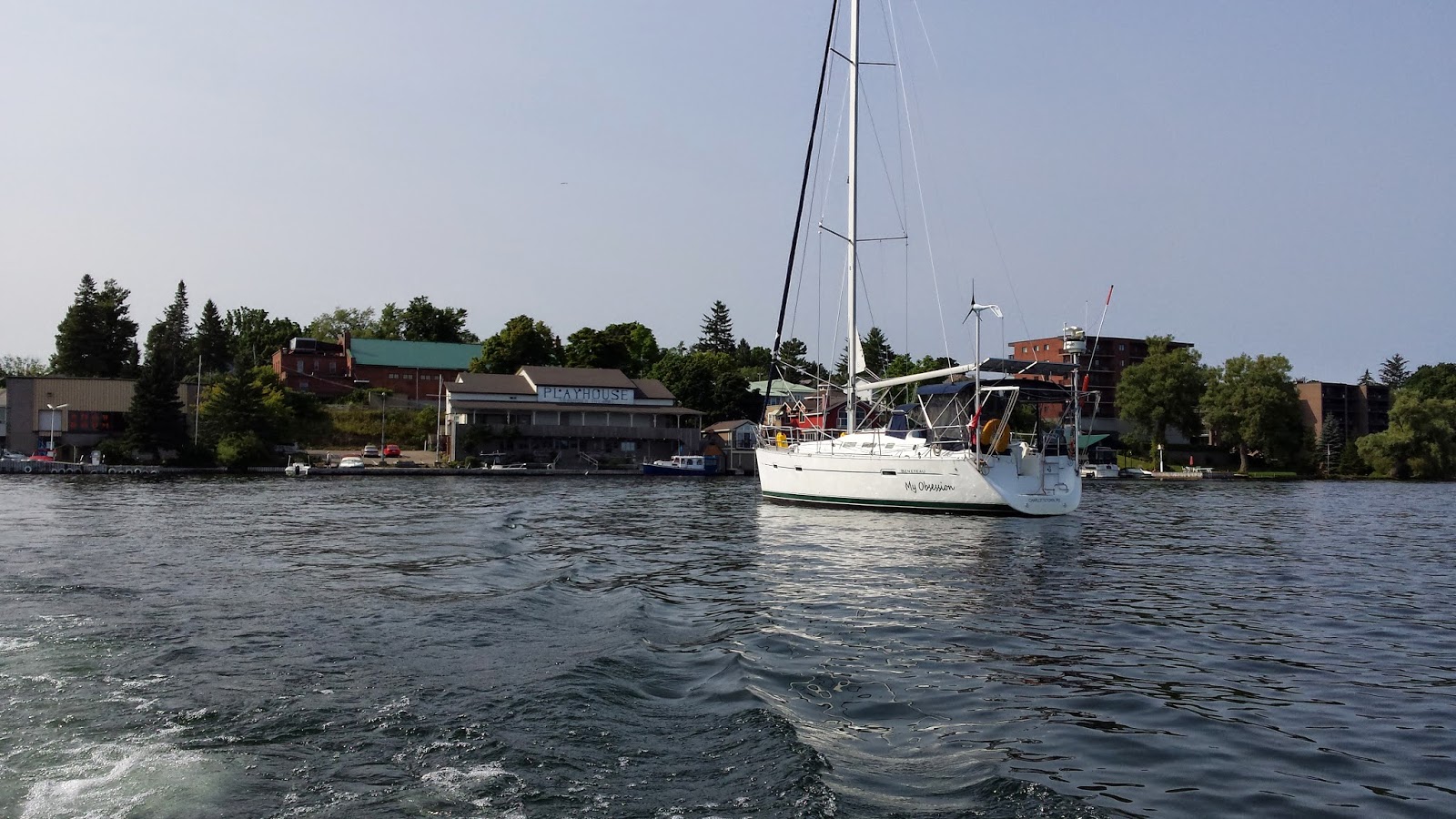 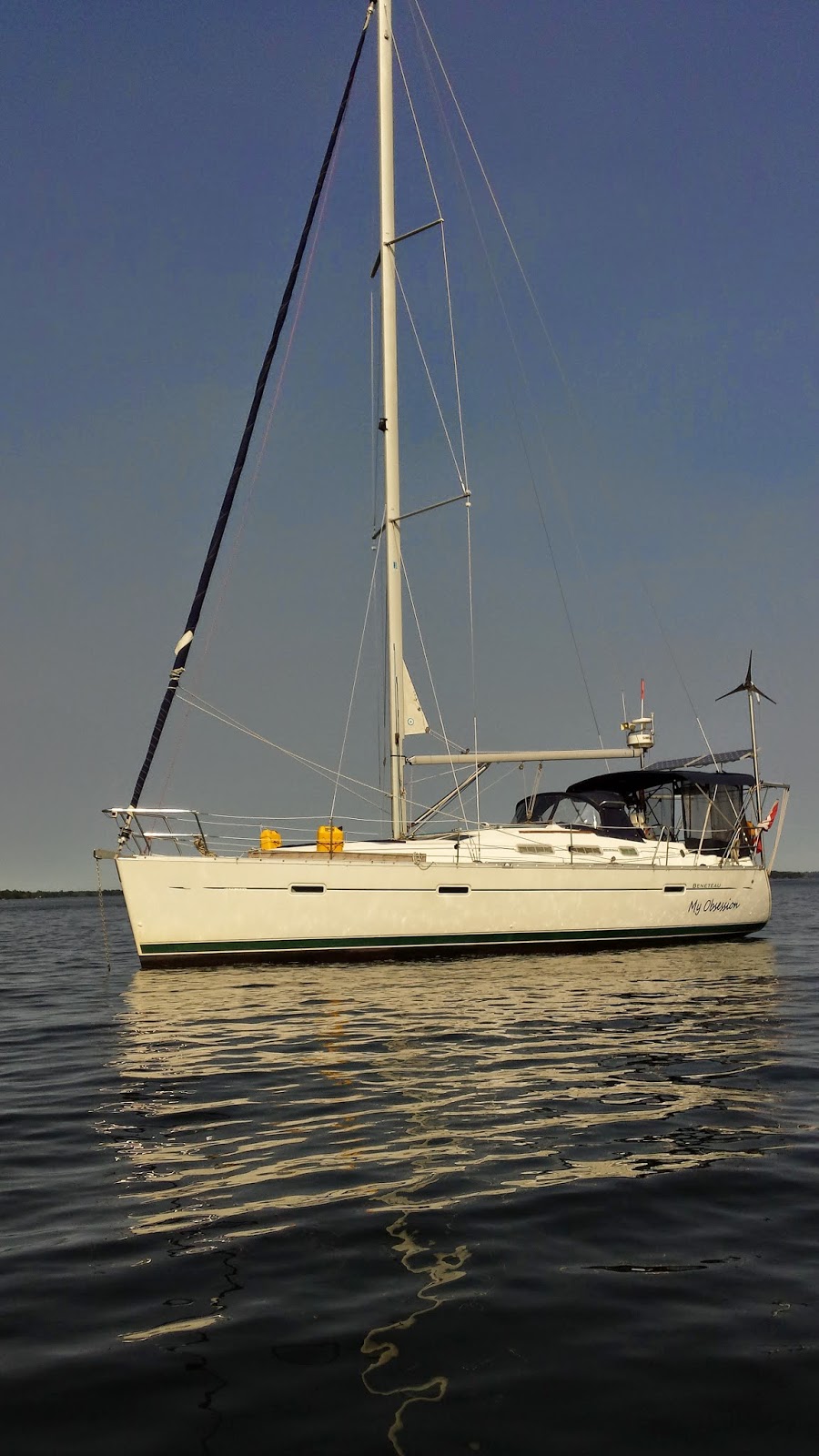 After provisioning we headed to the Navy Islands. Alison and Steve, who had been with us in Beau Rivage for two days, decided to continue a bit farther east with us. We decided we would head to the Navy Islands, another favourite anchorage, for the weekend with them.

We anchored off Stave Island and spent the weekend swimming, playing cards, exploring in the dinghy, playing with the kids and enjoying the company of good friends.

On Friday we took the two dinghies on a 5.5 NM round trip to a nearby marina for lunch, gas and a few parts for our Alison and Steve's boat. It was quite a little adventure returning as the wind had picked up a bit and there were small waves which drenched me in the dinghy.

On Saturday I took my first ride on cruising power boat with Alison and Steve when they went for water, fuel and a pump out at the same nearby marina we had visited the day before with the dinghies. It was a very different feeling on their boat then on ours as the boat cuts through the water very differently.

We were supposed to leave on Sunday, to head east, but knowing we would not have a chance to anchor with our friends for awhile, we stayed another day.

Last night (early Sunday morning), I was woken up by a thunderstorm at about 4am. It was quite the sound and light show. This morning, a woman from a nearby cottage motored out to see if we were ok. She said from where she was watching the storm it had looked to her like lightening had hit our boat twice! I don't think it actually did though as I have heard lightening hit close by before and none of the cracks seemed the same as that time. I think we would have noticed if we had been hit.

Later, we took the dinghies again and went to Mulcaster Islands (one of the islands in the National Park) for a picnic and a hike. On our return we went through Molly's Gut between Stave and Hickey Islands. We saw a pair of swans with their little ones and some beautiful lily pads. 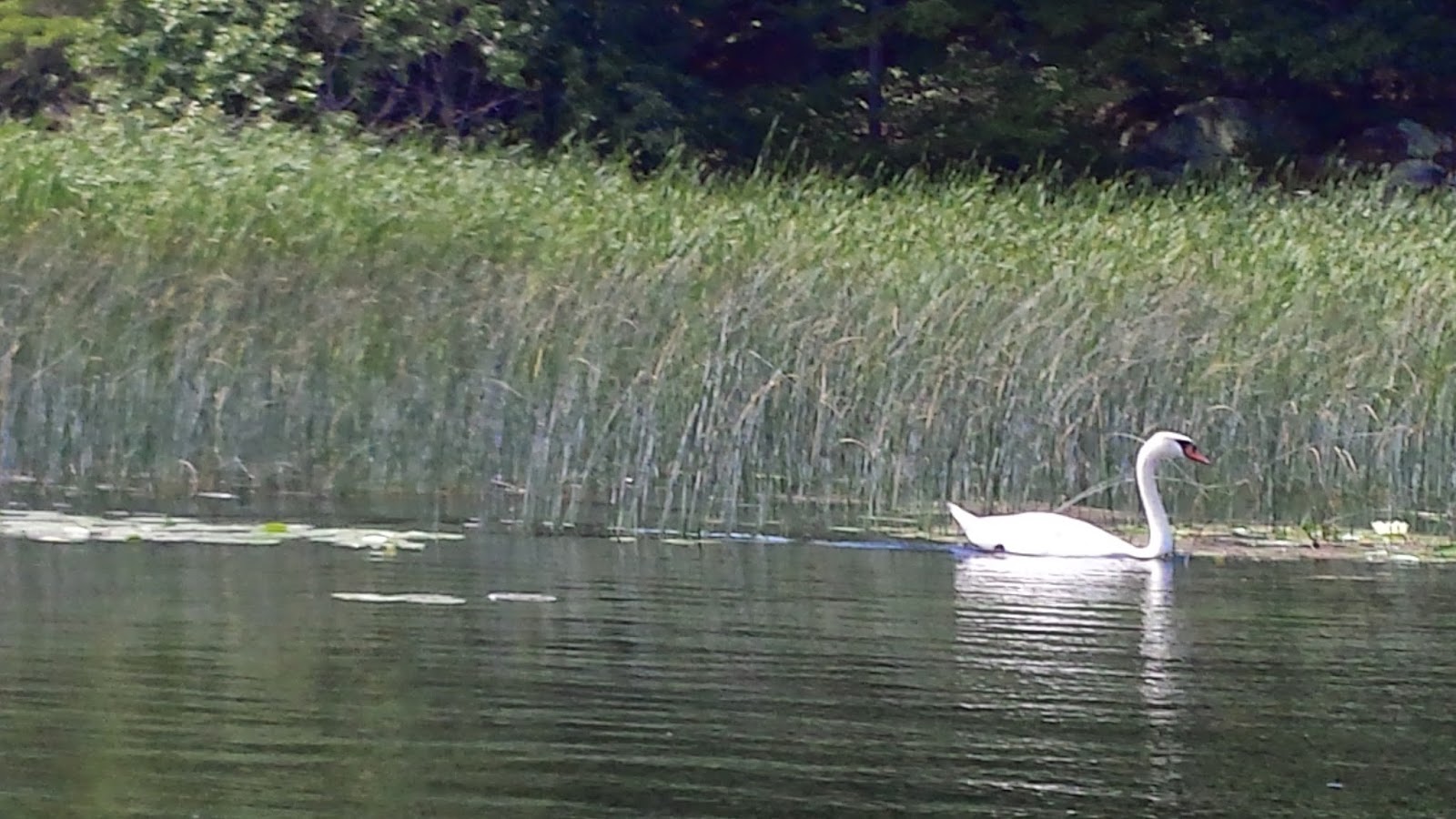 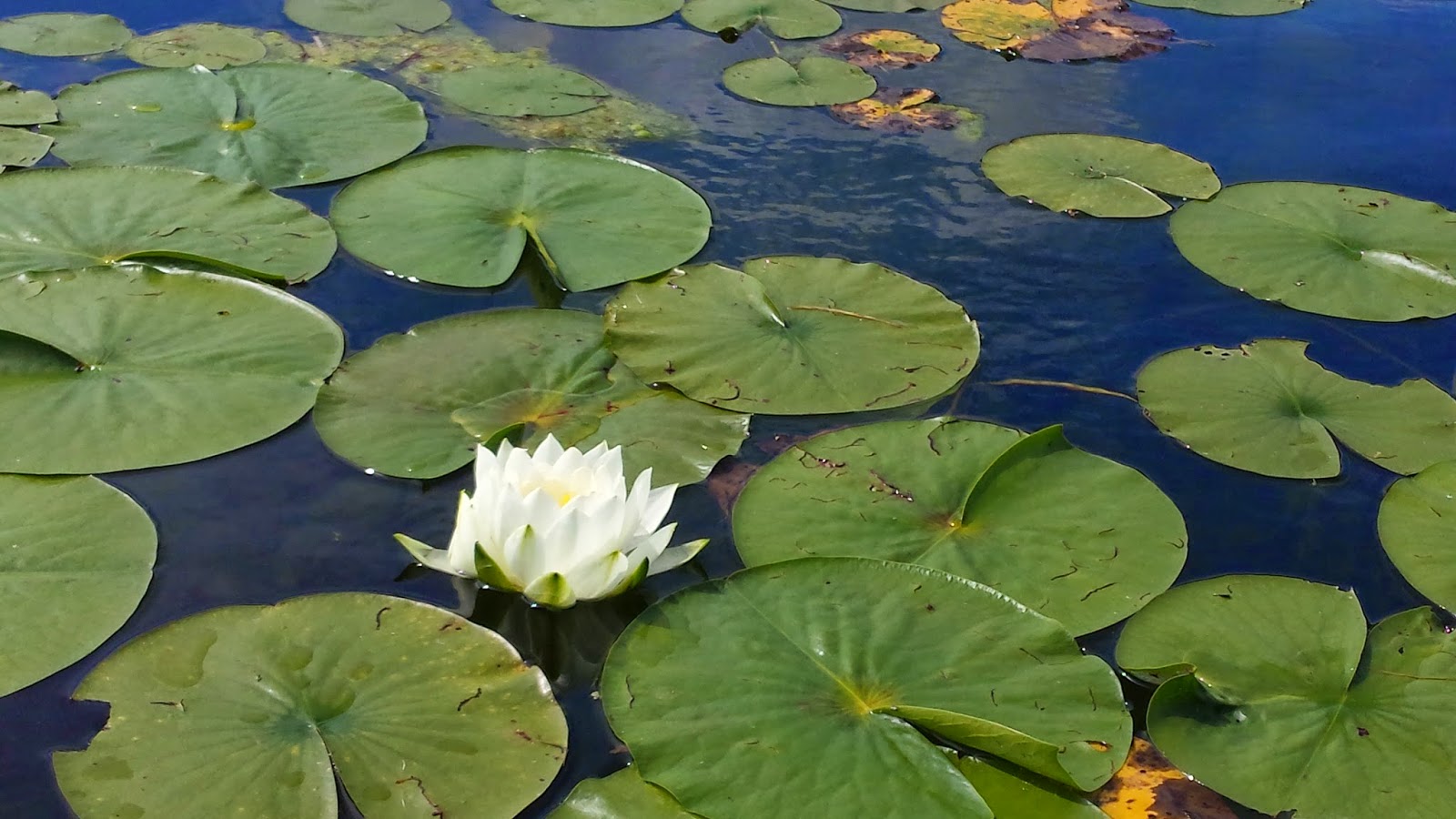 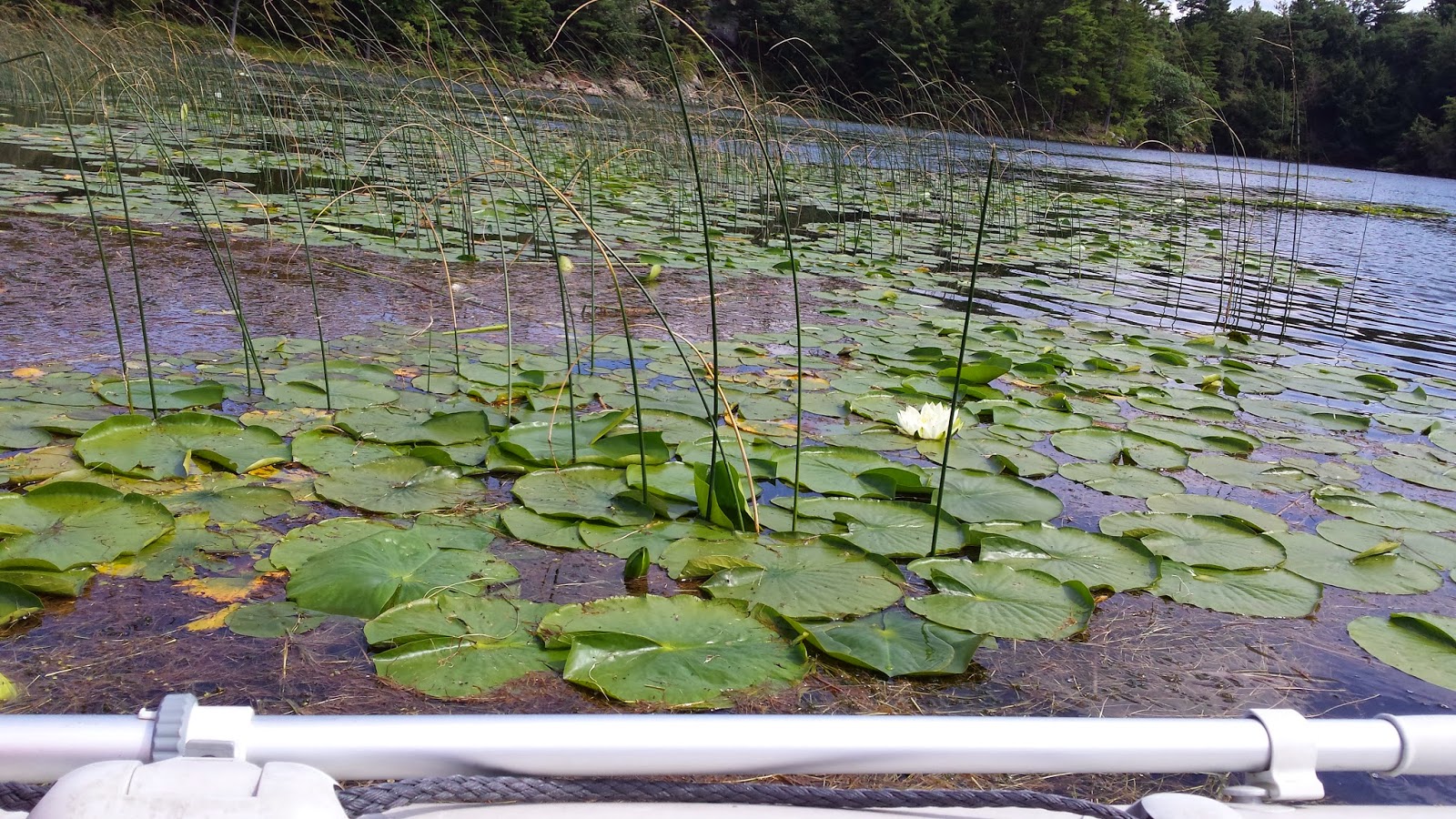 It has been a wonderful last visit in the Navy Islands, but it is time to move towards home. Tomorrow, we will point our bow east.