Clayton NY was our first stop when we entered the US on Sunday. We tied up to the Municipal Pier for two nights. There were bathrooms and showers and power available. You can tie up to the municipal pier for four hours for free and the overnight charge is very reasonable. We saw several people arrive by boat from one of the nearby islands and wander into town for a few hours and then return with a doggie bag of leftovers. Groceries, shops and restaurants are all within easy walking distance of the town docks. 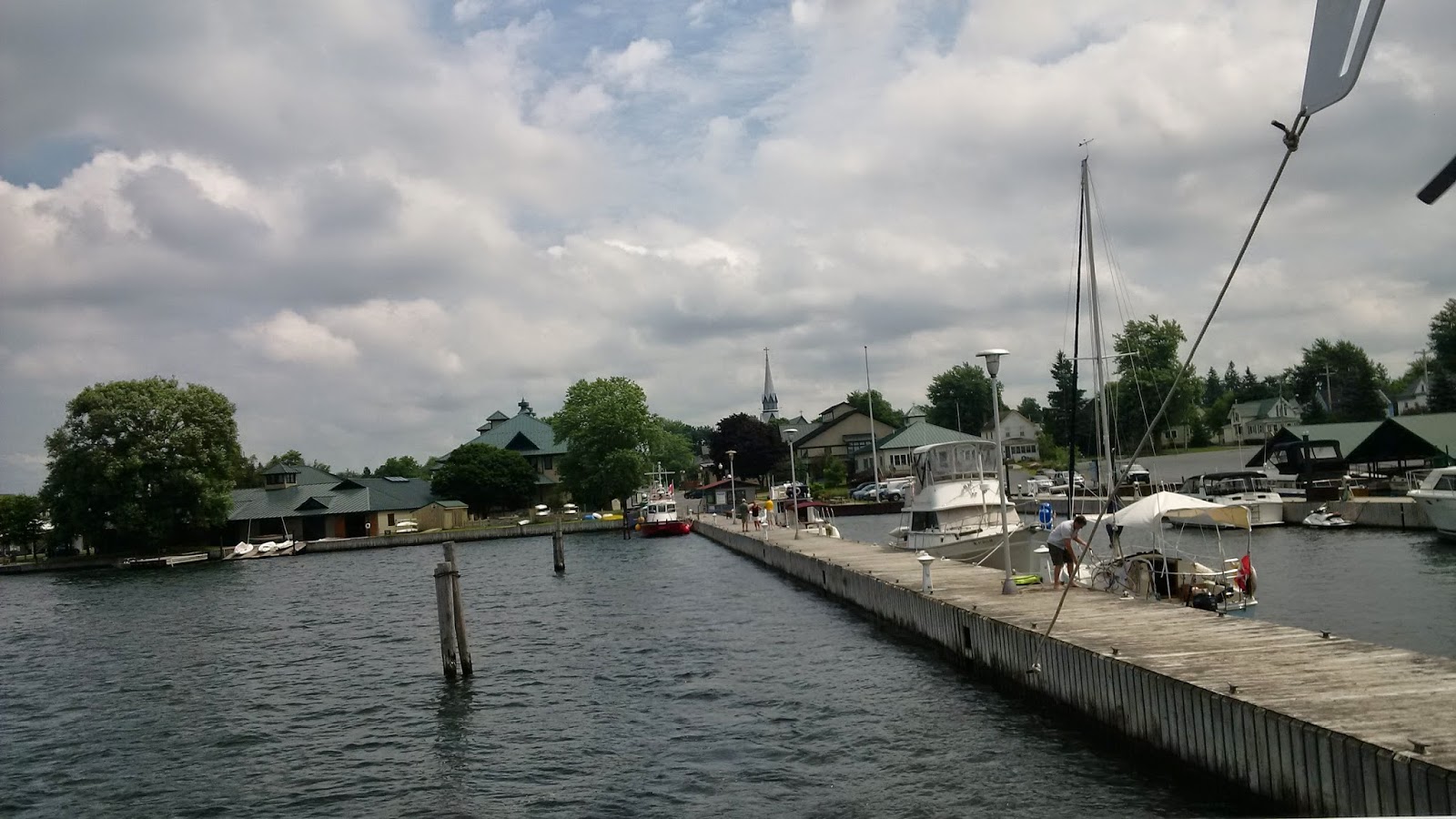 We had considered anchoring, but the bay was not very protected from the wind. It meant things were a bit bouncy on the pier during the day as we were exposed to the wind and the wakes of passing boats, but the wind died down in the evening and we had a comfortable night’s sleep both nights.
There was a bit of drama on Sunday afternoon as two ambulances arrived at the pier and the fire rescue boat and a police boat pulled up. A power boat had hit a rock off Clayton and began sinking. Luckily the four people on board were all safe. It does remind one how quickly a fun afternoon on the water can turn dangerous.


There was a lot of rain on Monday morning so we stayed in the cockpit and read our books. Later in the day we went out for lunch, picked up some provisions from the grocery store we had scouted out the day before and dropped by Scoops for some yummy ice cream.
On Tuesday morning we visited the Antique Boat Museum. This is a great museum located right beside the municipal pier. They have a large selection of boats on display. The highlight was “La duchesse”, a house boat originally built as a summer home for George Boldt, of Boldt Castle fame. The boat had sunk in its berth at the end of the war and the first floor was submerged for four months. The boat was salvaged and restored by Mr. McNally of Rand McNally fame and he used it as his summer home until his death in 2005.


For a wooden boat that is 100 years old it is in remarkable shape. The interior is almost all mahogany and absolutely beautiful.  It has several guest rooms downstairs and bathrooms with claw foot tubs, several rooms for servants quarters, a dining room, large kitchen, and upstairs a master suite, parlour, office and outdoor patio. Several of the ceilings had gold leaf decoration. There is a lovely Steinway piano aboard and a lovely antique pewter collection.
The boat has never had a motor and has always been towed from location to location. Standing on the deck you could almost imagine the boat filled with visitors and Mr. Boldt or Mr. McNally holding court. 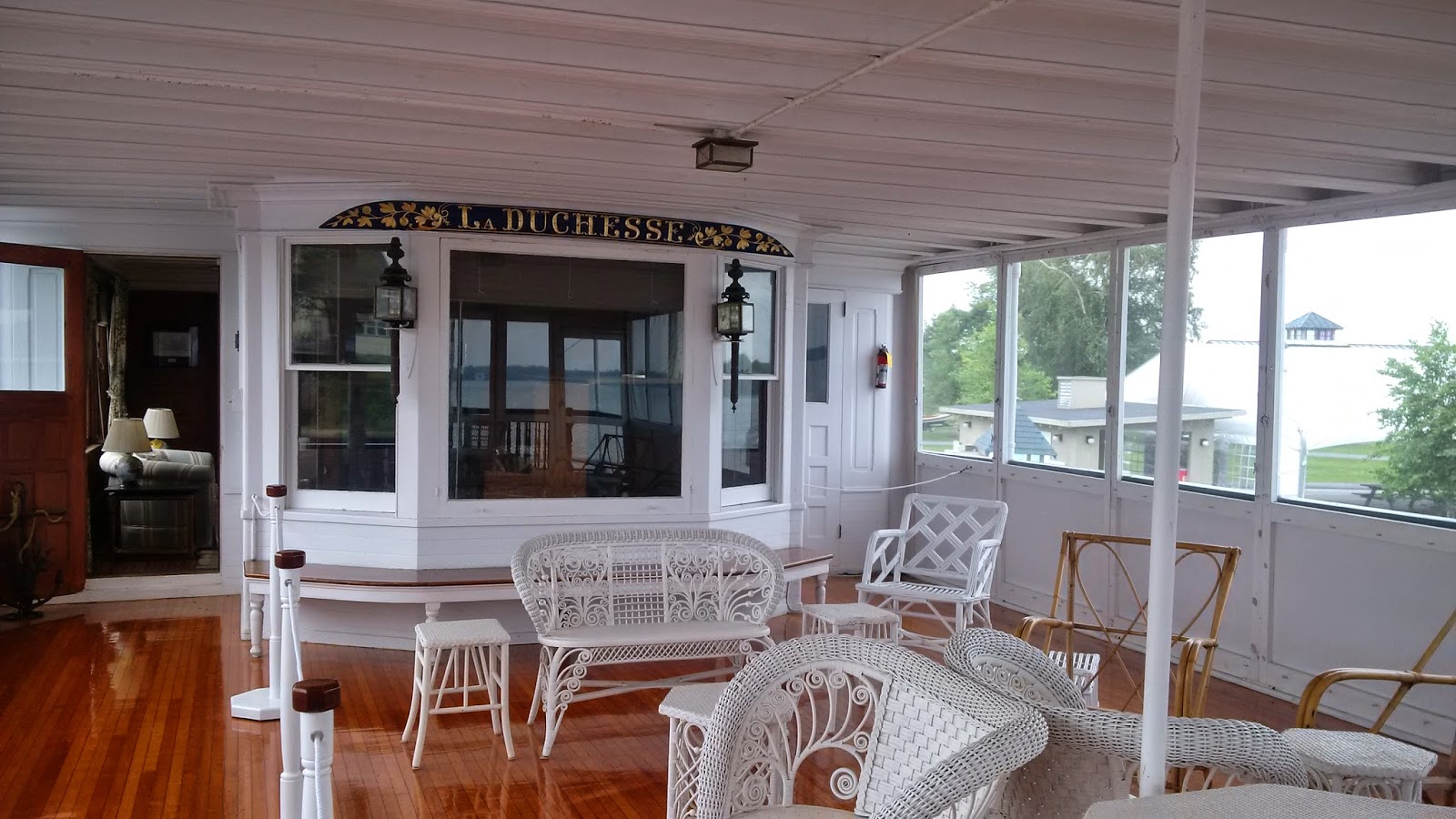 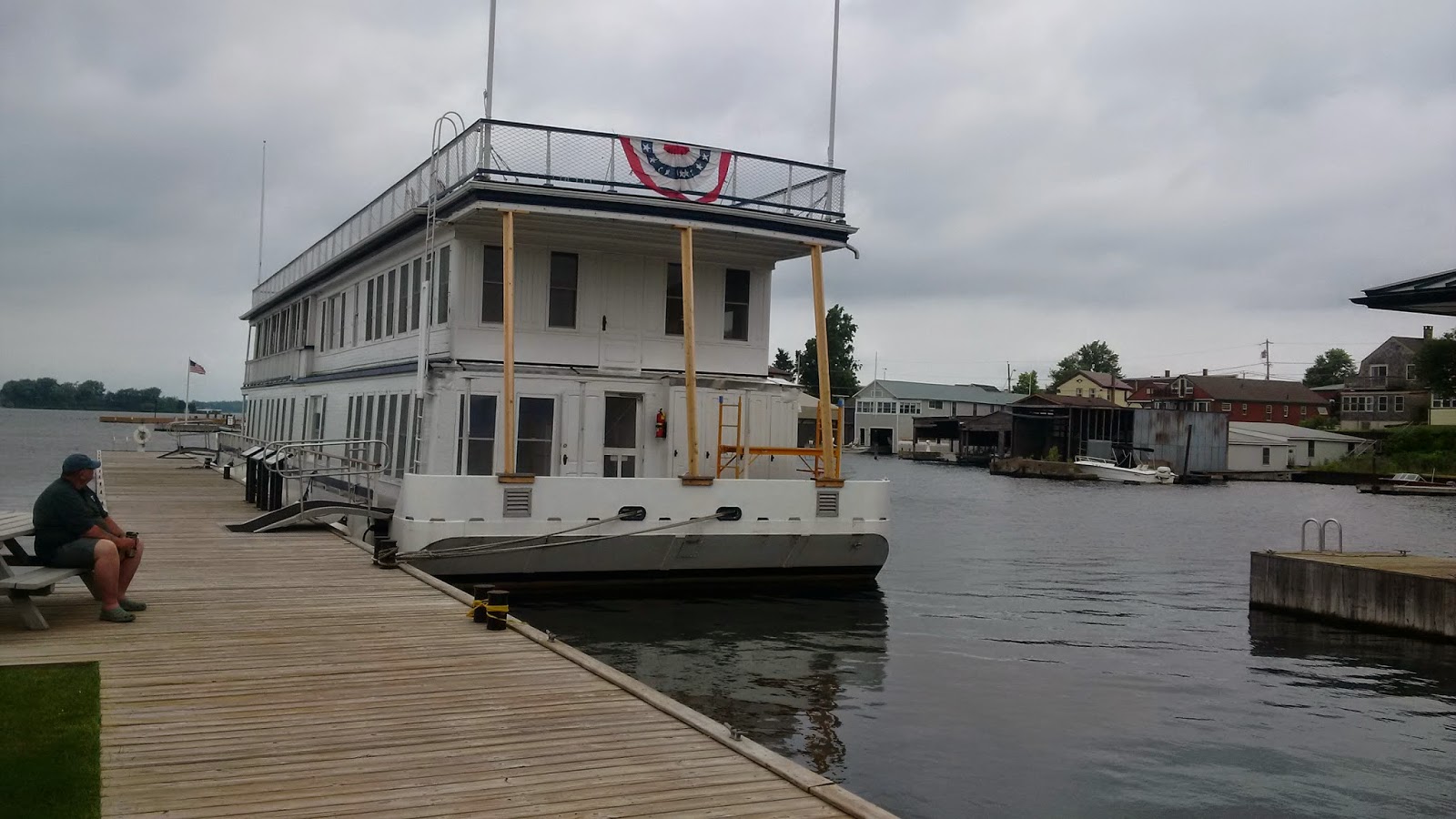 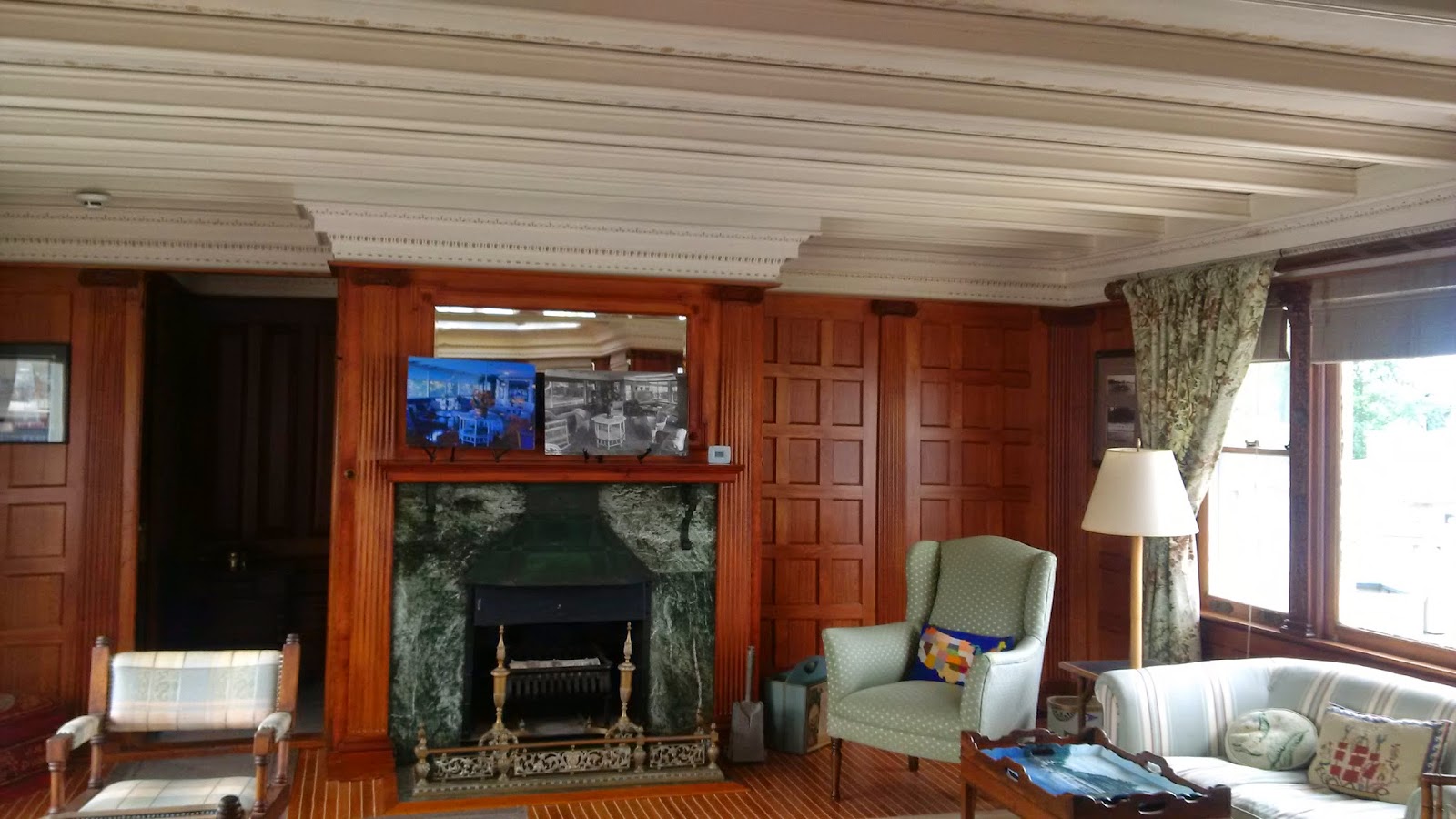