On Our Way Home

After two years in Kingston, we're finally on our way back home.

Yesterday, we said goodbye to our friends Steve, Alison, and their kids. We had just spent a few days hanging out with them in one of our favorite anchorages near Gananoque, but it was finally time to move on.

We had a work proposal to be mailed so we made our way to Brockville, where there was a Staples Outlet we could visit to print and mail the proposal. It was about 25 miles, and the weather was terrible - rain all the way, wind on our nose, and limited visibility.

We had originally planned to anchor off Brockville and dingy in, but with the rain, we decided to take a dock for the night. We arrived and hailed the Brockville Municipal Marina, but they were full. After quickly consulting the cruising books, we hailed Tunnel Bay Marina (which now seems to be Tall Ships Landing). They had a spot, so we took it. 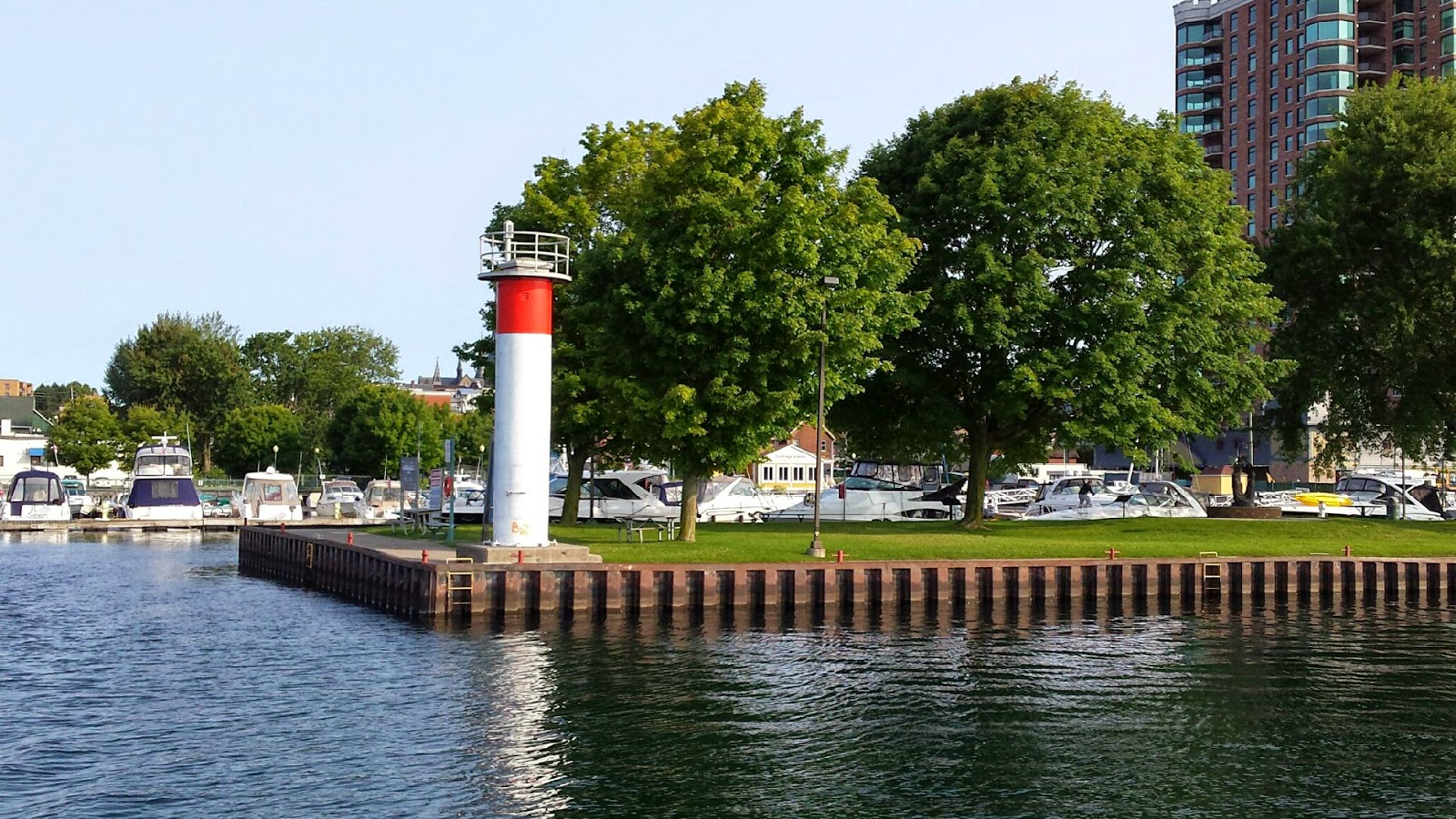 Most marinas charge by the length of your boat, with prices usually in the $1.50 to $1.75 per foot. This place charged $2.00 per foot. This is a premium price for dockage, and the marina didn't justify that price. There were no staff. This seems to be part of a new development in the city, and their "office" is the show home for their condos. Their showers are in temporary, very industrial hut on the construction site. They wanted $20 deposit for the access key, and it's a good thing we didn't give it to them since there was no one there in the morning when we left. Top prices for a second rate marina - avoid this facility. (Finish Rant)

However, Brockville is a nice little city. We took care of our business then went to a movie at the Theatre next door. By then, the rain had stopped so it was much more pleasant. After a trip to the grocery store, we went back to the boat for supper and a quiet evening.

Since we had power, we turned on the TV for awhile. Season finale of The Bachelorette. I think I lost a few IQ points watching it. Neither of us have watched any of this show before, but somehow, we sat through the finale without changing the channel.

But this morning is much nicer, if a bit cool. Looks like pleasant day. We'll be passing through our first set of locks on the Seaway today, making for Upper Canada Marina near Morrisburg.
Posted by Jay