As we sit at anchor in the Navy Islands for the third night in a row, I can't help but feel that maybe we should have hauled anchor and headed out to explore further. But this anchorage is so comfortable, it is hard to get motivated. It has been 2 weeks today since we left the dock in Portsmouth Olympic Harbour. We spent the first night in Brakey Bay and then spent a night in Beau Rivage. These two familiar anchorages have been favourites of ours over the past two summers. Beau Rivage is very close to Ganaoque. The third night out we came up to the Navy Islands and we have spent much of the last 10 days here.

We did head back to Kingston area for a night last week. We went to Kerr Bay on the 25th of June and then on the following day anchored in Collins Bay. We went ashore with Ducky and the laundry and trekked a few hundred meters down the highway from the public boat launch where we had tied up to the Laundromat. We also went across the street to Marine Outfitters for a couple of boat parts. Unfortunately, although the BBQ part had come in, it was the wrong size and had to be reordered. After laundry, we went in to the Marina to top off fuel and get a pump out. As we pulled away I couldn't help but think this was likely the last time we wold be at that marina, which had been our home for the last two summers.

We headed back to Brakey Bay for another night, this time we had it completely to ourselves. 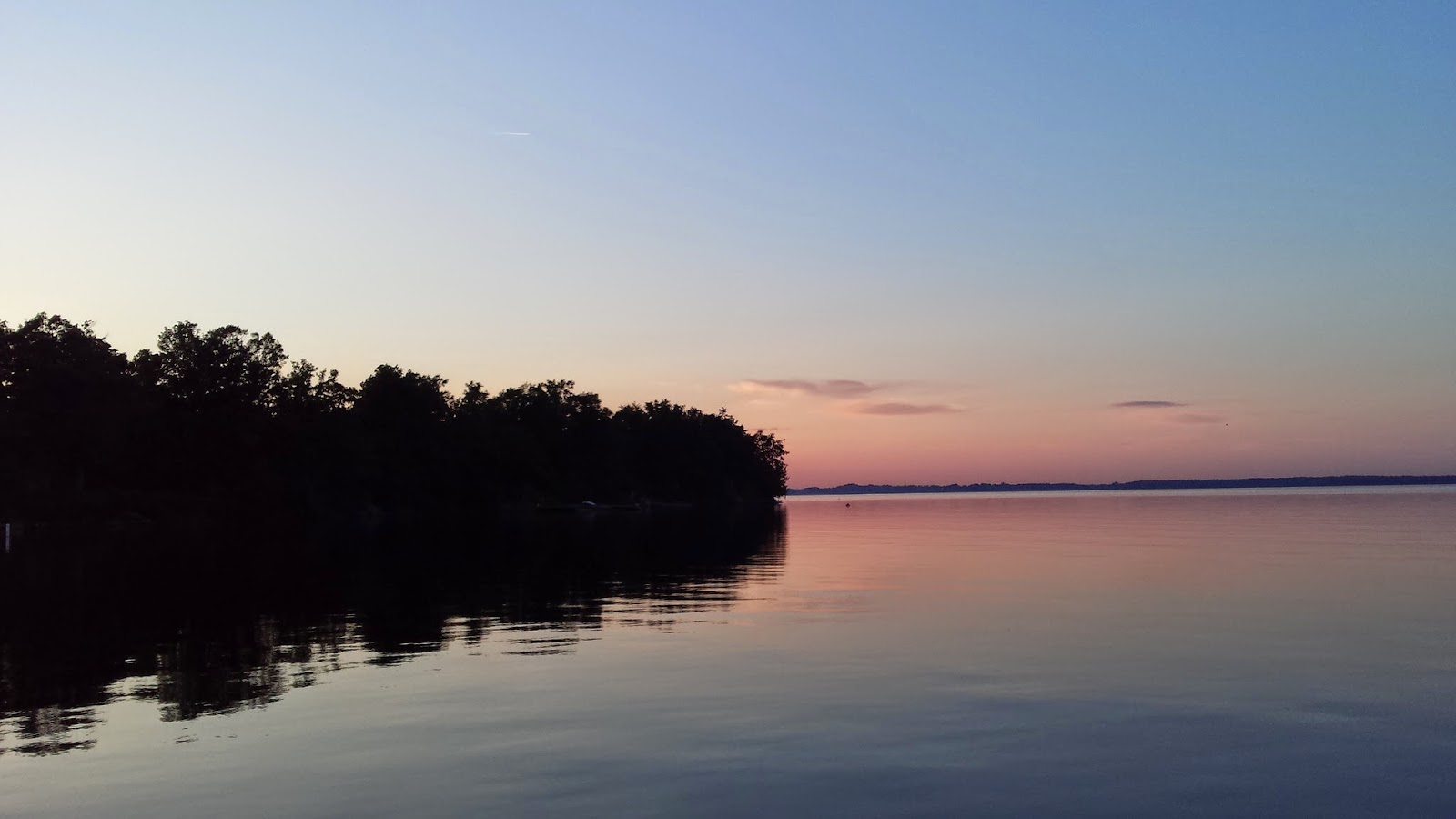 Then on the Friday returned to the Navy Islands. We like the anchorage here because it is well protected from all directions, is pretty, and we can access internet when we need to do work.

We spent the weekend before Canada Day working and visiting.  On the Sunday morning, friends came along on Ramble On and we rafted with them for a few hours. Jay and the others tried the water, but when people tell me it is "refreshing" I shy away from getting more than my toes wet. I am such a wimp from the cold.

In fact, I gave myself hives with an ice cube the other day - my cold allergy asserting itself. It was hot last weekend - 30 degrees - and Jay was getting drinks. He accidentally dropped an ice cube so decided he would throw it at me for fun. It seemed like a good idea to rub it along my neck to cool off. Not long afterwards - hives! They weren't too serious and subsided relatively quickly.

On the Sunday afternoon other friends on Renatus 1 came by and we shared  few laughs, munchies and drinks. I certainly will miss our friends from Ontario when we head east.

On Monday we finally left the Navy Islands for a day sail with my brother and his girlfriend, but we were back again that evening. 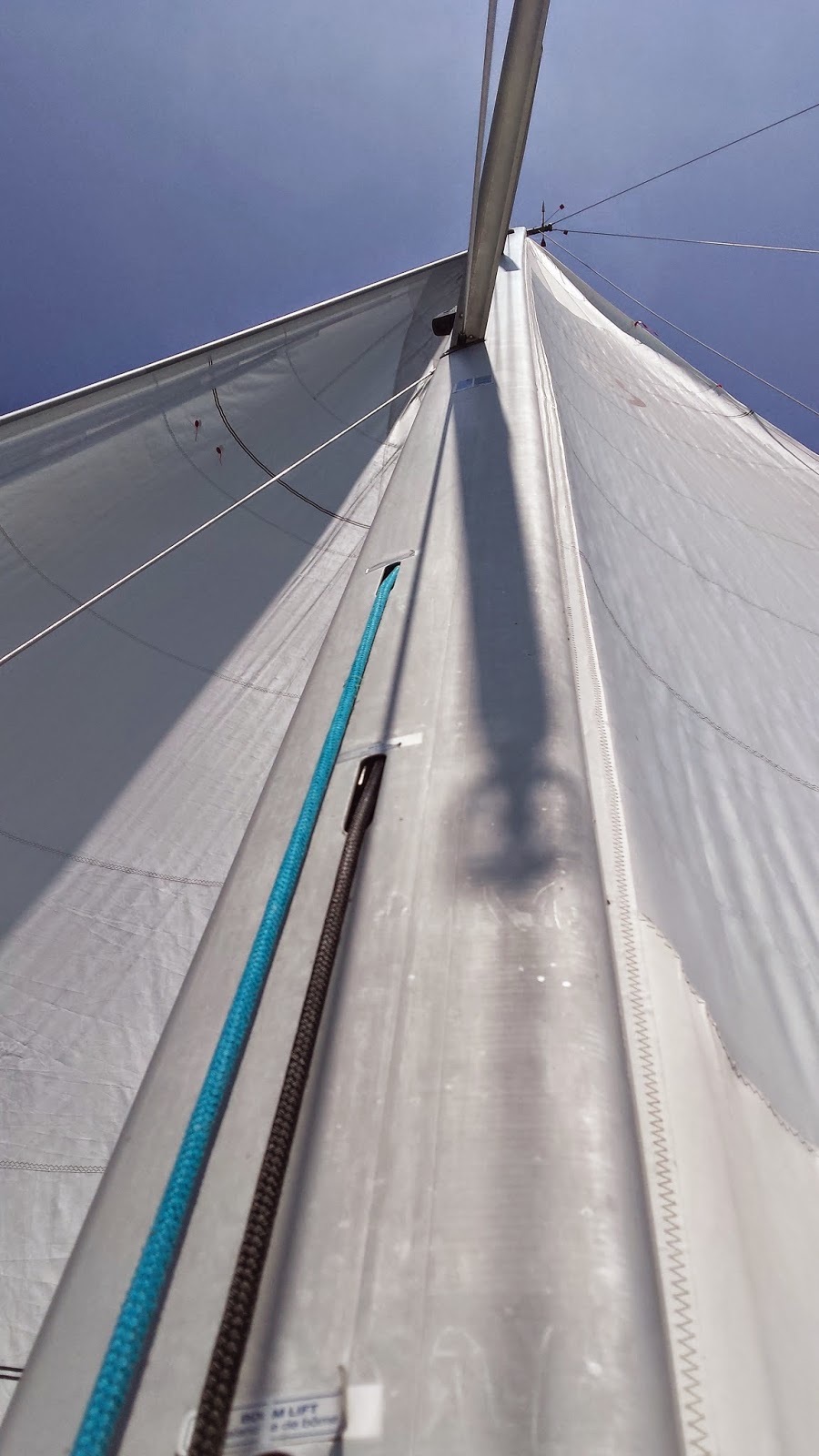 Canada Day dawned nice and sunny but a squall warning was issued for the afternoon. We pulled anchor late morning and took a slip for two nights at Gananoque Municipal Marina. It was Ribfest so we had a chance to take in some Canada Day activities, including fireworks, and eat some yummy ribs. It was also a chance for a long shower, laundry, resupplying and recharging batteries.

On Thursday this week our friend Jane gave us a lift into Kingston to pick up the new propane tank (Yeah! It fits!) and the now properly sized part for the BBQ. So Thursday night we returned to the Navy Islands. Does anyone see a pattern here?

Although we had planned on 5 weeks of cruising in the Thousand Islands before heading east, we have spent a lot of nights in the one anchorage! However, we have also been very busy with work and have submitted three work proposals and are working on two more. I guess one can hardly complain when your mobile office has a great view. 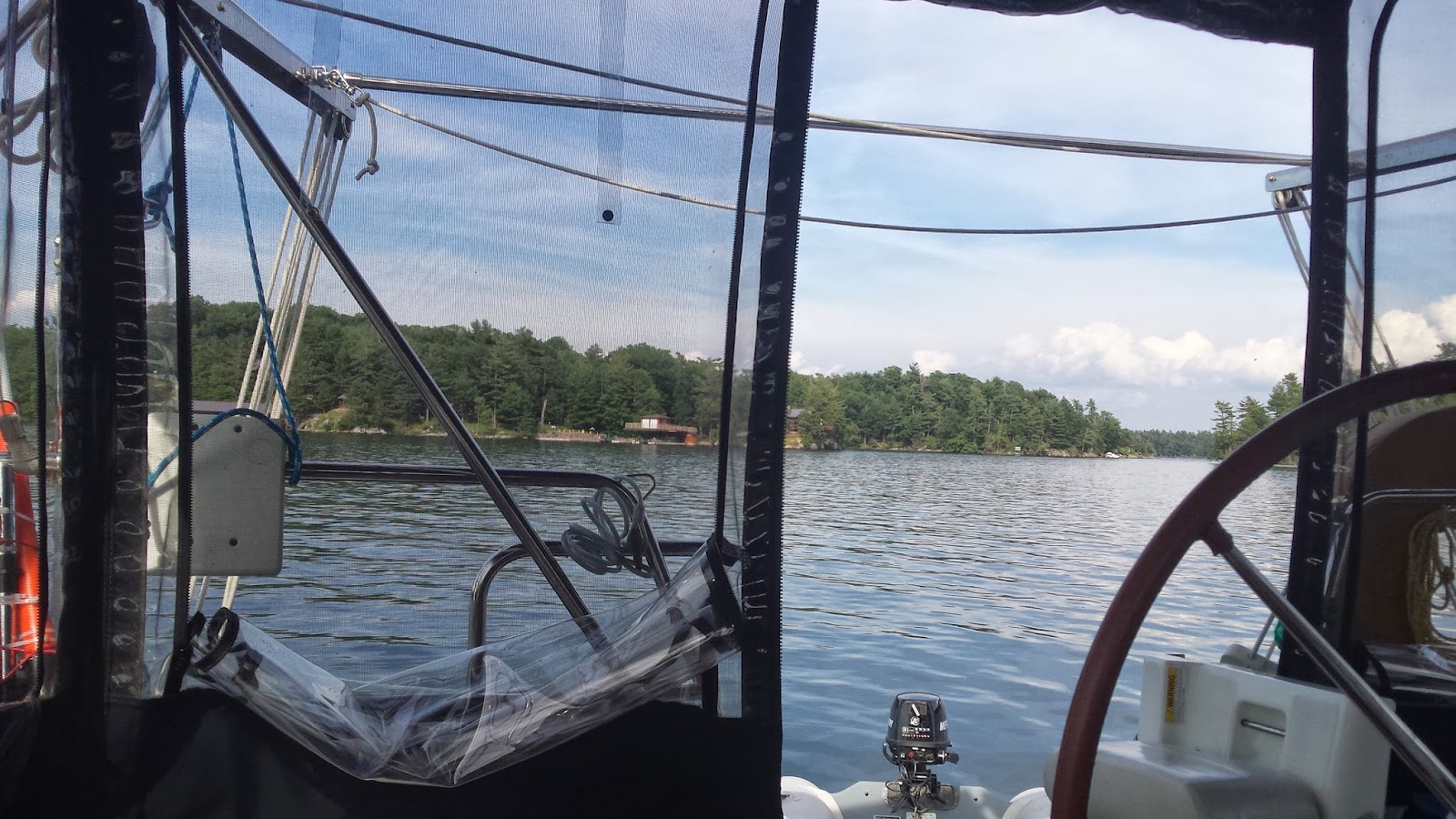